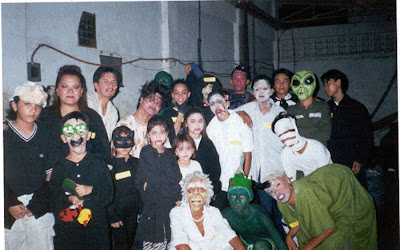 What's an ingrate? That's the new word I learned from Dad when he slapped my face last night. It was terrible, I tell you. Seeing his raised hand surely scared the wits out of me. My eyelids shut simultaneously in anticipation of the dreaded impact. And oh, the bland taste of blood in my mouth confirmed the perfect touchdown of his open palm. Panic was gnawing on my nerves but the pain was no match to the oozing hurt in my ego. Being called an ingrate surely takes away the dignity in one's self.

How could I be an ingrate when I vividly remember that this once childless couple adopted me and provided me with a place I can call home? How could an orphan like me forget the effort they exerted in feeding, bathing, caring and even watching over me as I slept, as if I were their own child? How could I overlook the genuine concern on their faces whenever I would fail to finish my meal or when I remained restless due a tummy ache?

"Good girl," was what they normally say of me and I would immediately react favorably to the compliment. Since it was in my nature to be obedient, aside from trying my utmost best to maintain my demeanor at all times, I could say that I was the apple of their eyes. 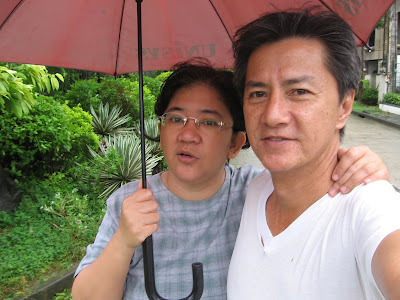 I felt so contented in seeing this portrait of a happy family, Mom, Dad and I, as we while away the time in front of the TV set. How I cherish the tender touch, the sweet caress that was reserved only for me. I thought those good old days would never come to an end. But the highways of life make their turn for the better or for the worse as time goes by and the sad thing is we cannot be choosers.

The first big change happened when Mom and Dad brought home their firstborn. I couldn't say I was neglected although it became apparent that their undivided attention was always focused on Randy at that time. It was fine with me though because I got to like the little boy a lot. In fact, I used to watch over Randy when he was still a toddler.

I didn't notice but life for me became more pleasant with Randy because he and I got along fine on any angle for the little boy was such a nice playmate. He had this tendency to spoil the good old me and longing for the lost attention from Mom and Dad became negligible. Jealousy had no place in my heart as long as I remained good copy for the three of them, Mom, Dad and Randy.

But good things never last a lifetime. Stephanie came along too soon (Randy was four when his little sister was born) so I had to adjust again. I was left to my own devices most of the time, more so because that imp of a little girl wanted all the attention for herself and leaving me with nothing but crumbs. Her cries never fail to alarm all of us in the house.

The situation turned from bad to worse after Little Stephanie celebrated her first birthday. Oftentimes they would dine out and I would be eating dinner all by my lonesome. I even tried my secret weapon - not finishing my meal - to elicit concern but Dad would merely say, "she may not be hungry yet." Just that and everything would be water under the bridge, no fuss, no big deal.

But my biggest headache was Little Stephanie. She was growing up to be a sadist of sorts and although I tried my utmost best to cope with her whims, the good old me almost always fail to satisfy the little brat who goes on tantrums without any provocation. What to do? I avoided her like a plague and it gladdened me when Steph veered away and learned to ignore me.

Last night was a surprise when Little Stephanie approached me, asking me to play with her. Mom and Dad were both busy in decorating the Christmas tree and Randy was in bed, sick of flu. Logic dictated that there was no one to turn to, I mean, Steph couldn't find someone else so she settled for the good old me. Of course, I obliged to her request.

It didn't occur to my trusting mind that Steph just wanted to play, the way she plays any game - contact sports. I was caught flat-footed, literally, not by her offensive but by my own reaction to the circumstances. Oh, dear, I was really sorry for her and for the good old me. Mom and Dad, with apprehension in their voices, came rushing to Little Stephanie's side. I could hear Randy's voice upstairs, inquiring on what was happening. 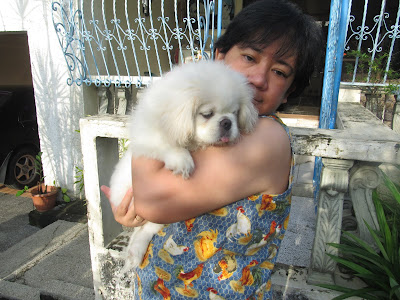 I played coy amidst Steph's loud wails for there was no way to explain what really happened. How could I control my instinct? There was no way to tell Mom and Dad that Little Stephanie stepped (no, stomped is more like it) on my unrolled tail, leaving me with no choice but to bite her tiny leg. Well, the rest is history that I will surely reminisce time and time again inside this boring kennel.